We had some great craic at Tom Murphys last Monday as a television crew came all the way from France to film a tv programme that will air shortly on french network tv.It is a very well know show in France called the Farmer wants a Wife and we were delighted to be part of the filming.In essence it is a French match making TV series and a farmer pitches for a partner and they travel away to see how things go.

The hero of the moment was didier the french farmer who came to Tom Murphys to get a kilt as part of the couples romantic trip to Ireland.The idea was to show him recieving a gift from his fiancée and the gift was the Irish National kilt?We felt that this was the most appropriate out of the dozens of kilts on offer.The  show wanted to encapsulate  the banter between didier,his fiancée and the Tom Murphy boys.Didier showed himself to be the classic french romantic as he planted a barrage of kisses and hugs on his lovely fiancée.

As you can see from the video footage we all had great fun and look forward to the airing of the programme.A special mention must go to didier who was extremely funny and had us all in stitches. 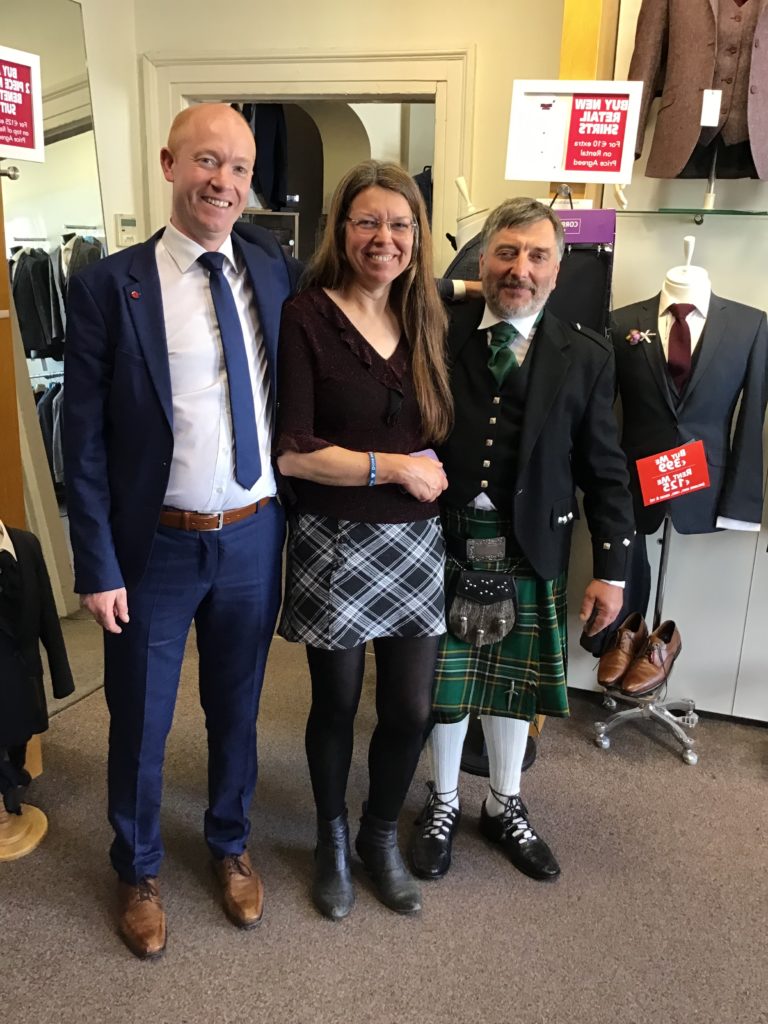