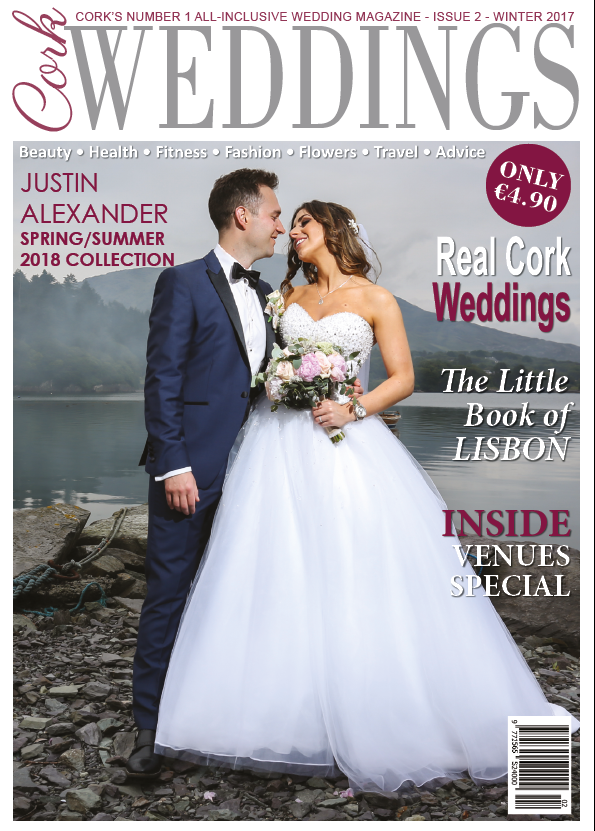 u
Customers are always pointing out to us that, their Dads or Grandads got their wedding suits off us.We really notice that we have different generations of the same family shopping with us and it is such an honor to provide the service we do.

Recently a bride and groom that we kitted out for their wedding suits went a step further and told Tom they would send in the photos of their Daddy in a Tom Murphy special 40 years ago on his wedding day.They had come in to get a tux fitting and they got talking to Tom and said they would be delighted to show him the old photos.

The photos looked amazing and there was a terrific reaction on Facebook to them, with Evan the groom who was recently married locking dapper in a custom made Tuxedo and his father in law in a Black and grey tails which was the epitome of grooms wear Style 40 years ago. Evan’s photos made the front of the VIP weddings magazine and I am sure that if the same magazine existed back in Martin’s time he would have done the same.

It is really nice to hear that different generations of the same family have continued the family tradition and opted to get their wedding suit from us. Sometimes we find that a lad comes in and has a look around and tells the parents he found a really nice suit in a shop called Tom Murphy and then the Dad says that he got his there too.This often is enough for the groom to come back and finalize the booking

.It is also the case that a groom is sent in by the father and often tells the groom that there is only one place to go for a wedding suit in Cork and the dutiful son obeys! 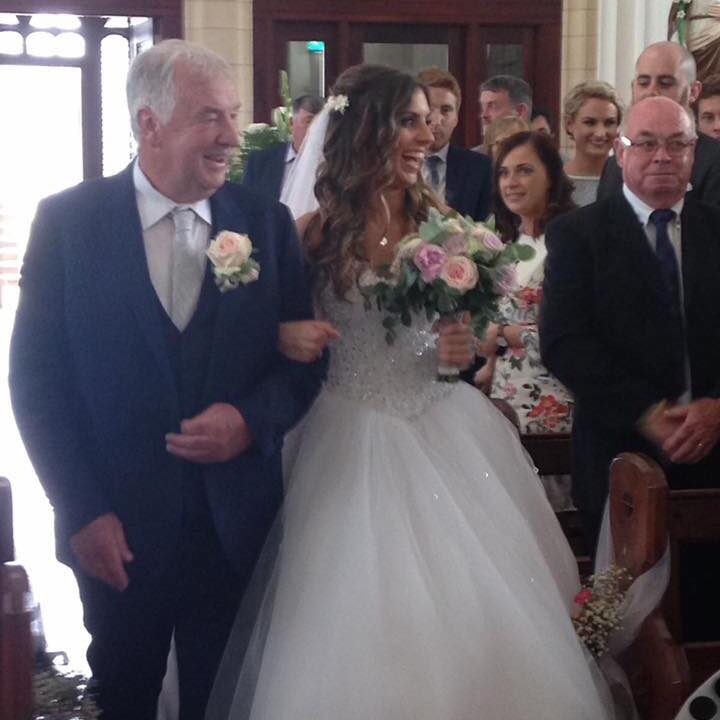 mick martin 40 years on with his beautiful daughter.Mick wears a stunning blue wilvorst by Tom Murphy 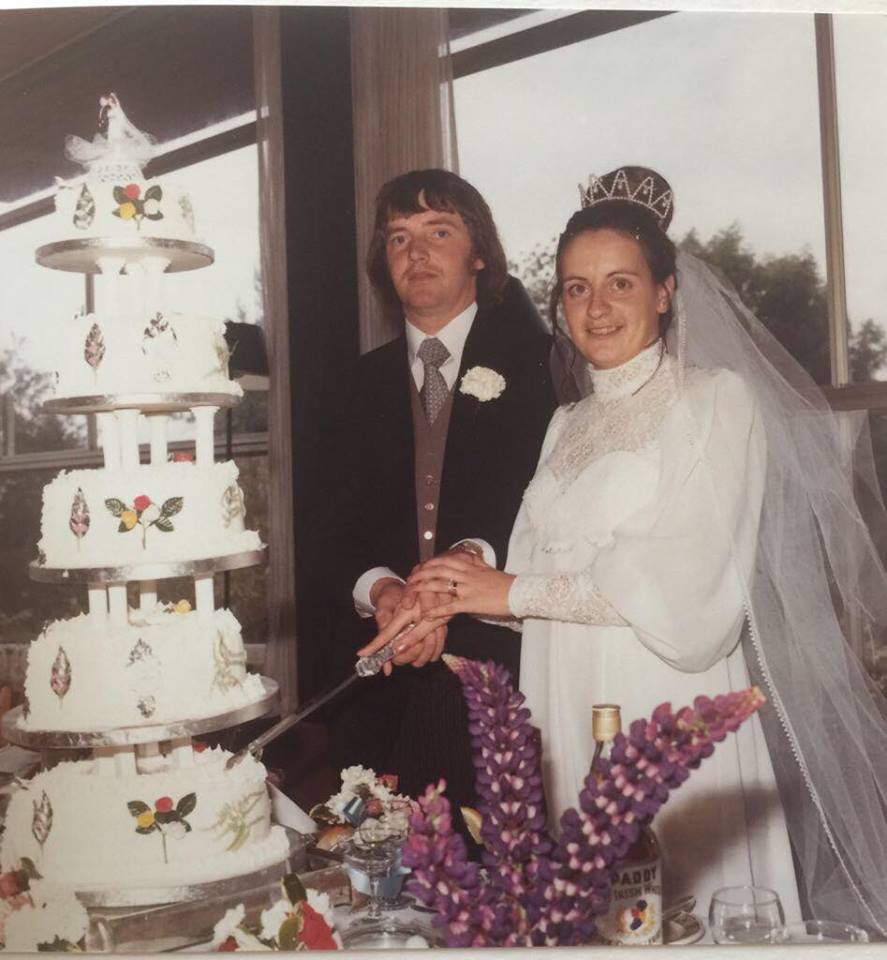 Mick Martin on his wedding day 40 years ago in a Tom Murphy Tail with buff waistcoat.Ironically the buff waistcoats are back in vogue again this season. 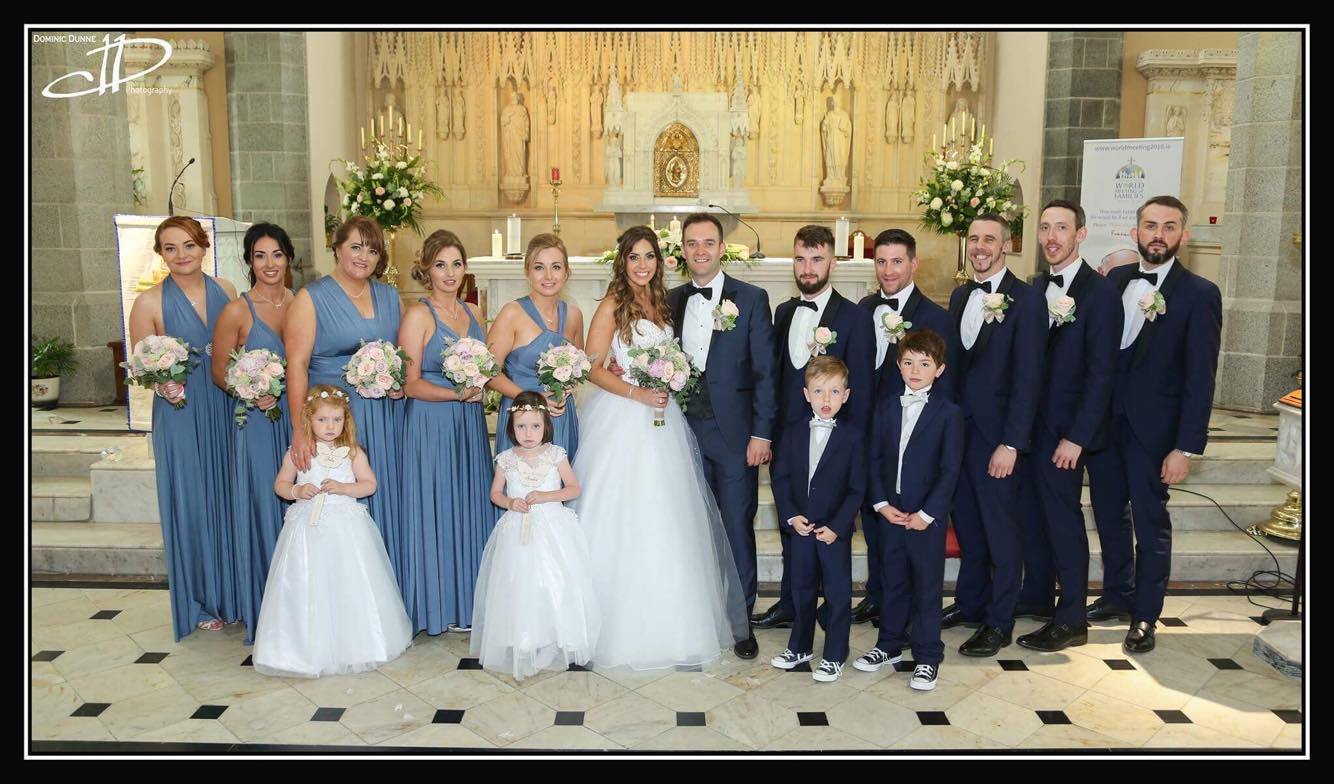 Mick’s son in law Evan tied the knot recently and wore a Wilvorst blue tux.A special thanks to Evan and his bride for taking the time to send in the pics.

Wedding Suits-From Cork to The USA

From Cork to the USA with the wedding Suits When Tom got a call from Katy McGovern of Ohio in the United States asking him if he could supply her fiancee Joel with his wedding suit for their upcoming wedding he was happy to oblige.Our team often gets requests for suits from our American friends...