From Cork to the USA with the wedding Suits 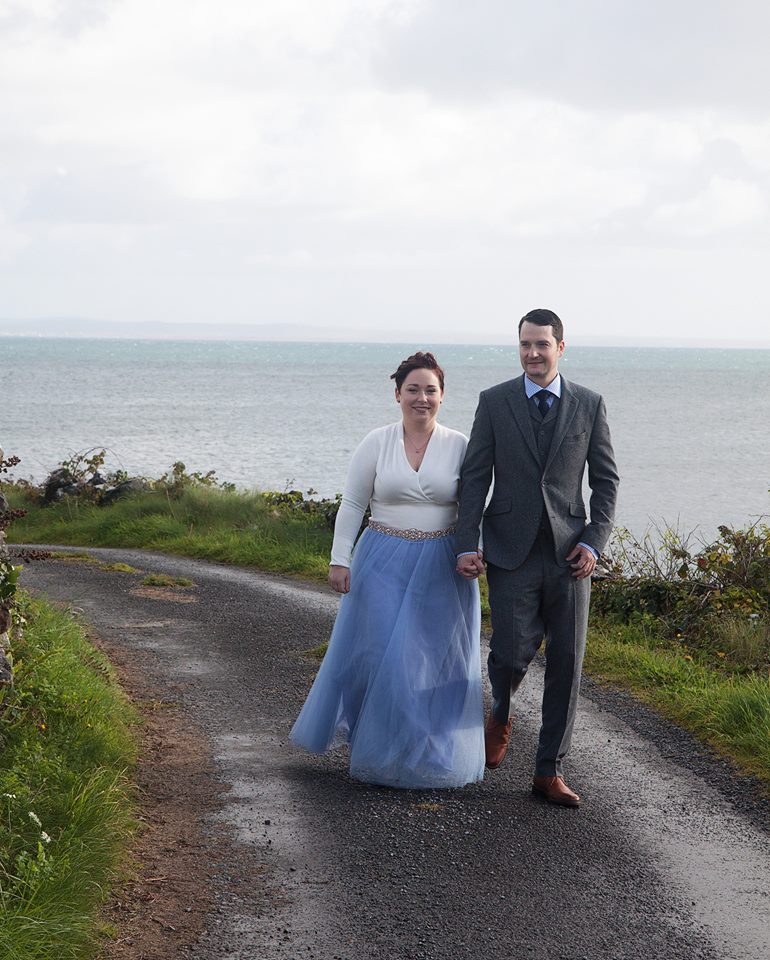 When Tom got a call from Katy McGovern of Ohio in the United States asking him if he could supply her fiancee Joel with his wedding suit for their upcoming wedding he was happy to oblige.Our team often gets requests for suits from our American friends and it is something we are looking at doing more of.The phenomenon of the global village is definitely impacting on traditional local traders like ourselves and the niche products that we sell can be appealing to people from all four corners of the world.Our range of Donegal cloths seem to be particularly appealing to people getting married.

After a brief conversation with Tom Katy asked for a made to measure tweed ensemble in gunmetal grey.The suit was comisioned to be made once Joel’s sizes were confirmed.After 7 0r 8 weeks the suit was sent across the great Atlantic.As usual Tom had done his homework with the sizing and the suit fitted absolutely perfectly.
The process for working out the sizes for overseas customers is relatively uncomplicated.After a couple of Skype calls and emails back and forth Tom had figured out the size that Joel needed and the wheels could be set in motion for the production team to get going on the suit.As can be seen from the photos the Suit and the couple looked amazing.Special thanks goes out to Katy and Joel and thank you so much for the business! 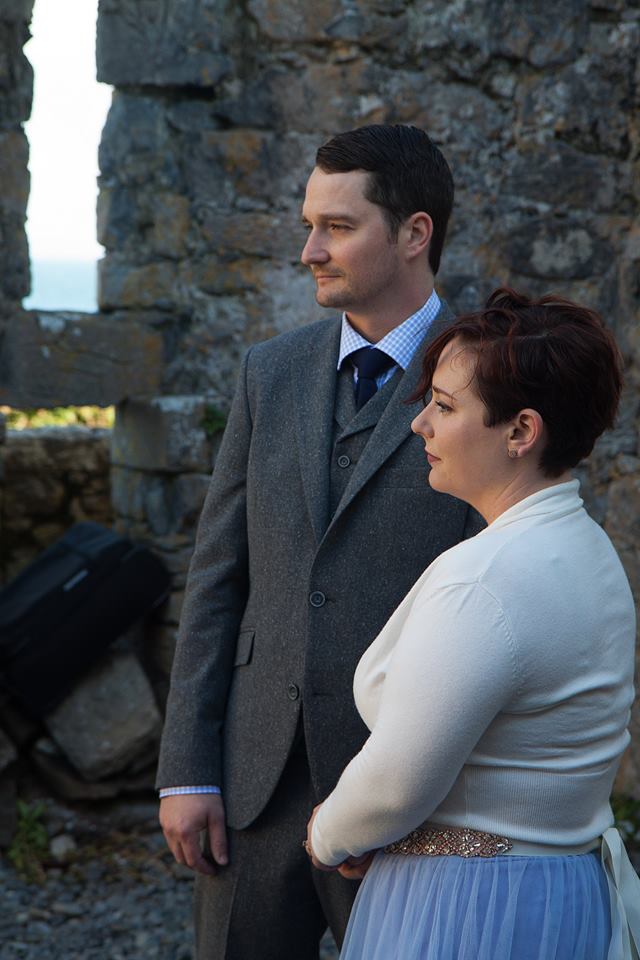 Wedding Suits in Cork-Past and Present

u Customers are always pointing out to us that, their Dads or Grandads got their wedding suits off us.We really notice that we have different generations of the same family shopping with us and it is such an honor to provide the service we do. Recently a bride and groom that we kitted out for...

Tom Murphy Bespoke Suit worn at a wedding in Lithunia When the Tom Murphy boys used to go for a pint in the Vineyard bar around the corner from the shop back in the good old days there was an amiable barman working there called Phillip Verling.”Phil” as he was affectionately known was a...