Tom Murphy Bespoke Suit worn at a wedding in Lithunia

When the Tom Murphy boys used to go for a pint in the Vineyard bar around the corner from the shop back in the good old days there was an amiable barman working there called Phillip Verling.”Phil” as he was affectionately known was a good friend of Kieran Fitzgerald who used to work in the shop and he and the lads used to get on very well.

Little did we guess that the young man behind the bar(Phil was only a young lad in college at the time!}would be visiting us about 12 years later to organize a suit for his wedding in Lithunia When Phillip called in first he showed Tom a picture on pintrest of a lad in a bottle green tweed suit and stated this was his preferred option.However when Tom started showing some of the more stylish bespoke options from designer label Tziacco Phil was hooked.The patterns and tones of a Tziacco wedding suit are just that little bit extra special and Phil wanted something different.He ended up choosing a beautiful black jaquard three quarter length coat with matching waistcoat and silk madison.The grandfather collar shirt completed the ensemble and there was nobody in any doubt in Lithuania as to who the best dressed man was that day.Phil has joked that we might be getting a few orders from that part of the world pretty soon and Tom has retorted that we already have plenty already!

To add a little touch of “Irishness” to the proceedings the lads wore some emerald green bow ties and they went down a treat with our eastern European friends.Special thanks to Phillip for sending in the photos and being such a loyal customer over the years 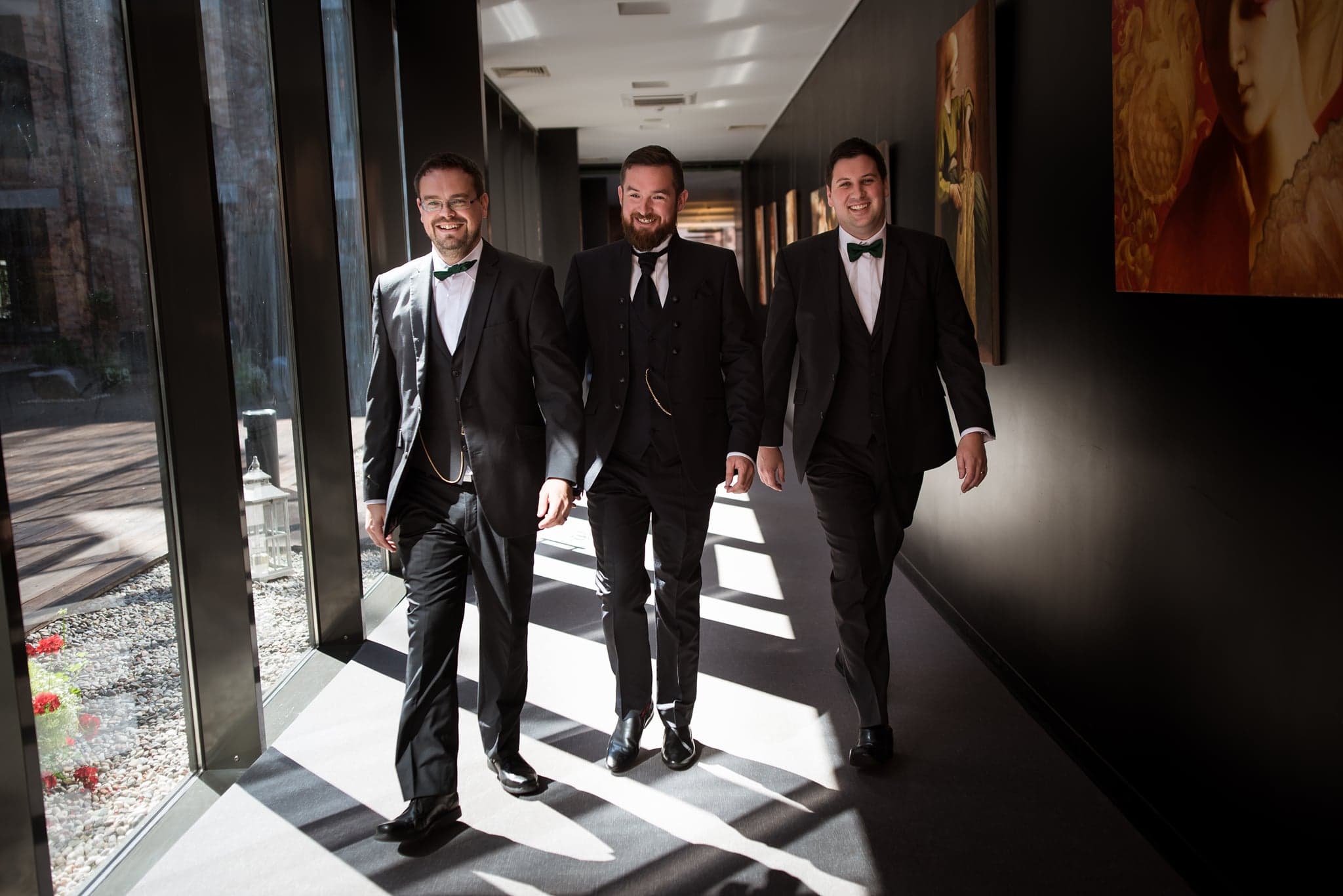 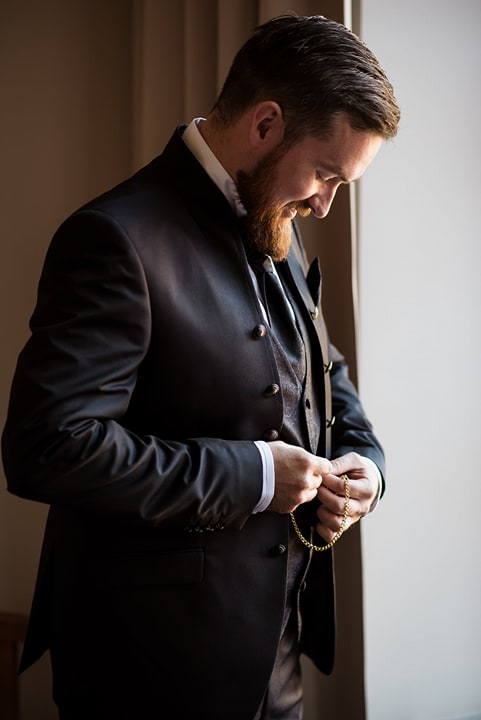 Phillip getting ready the morning of the wedding 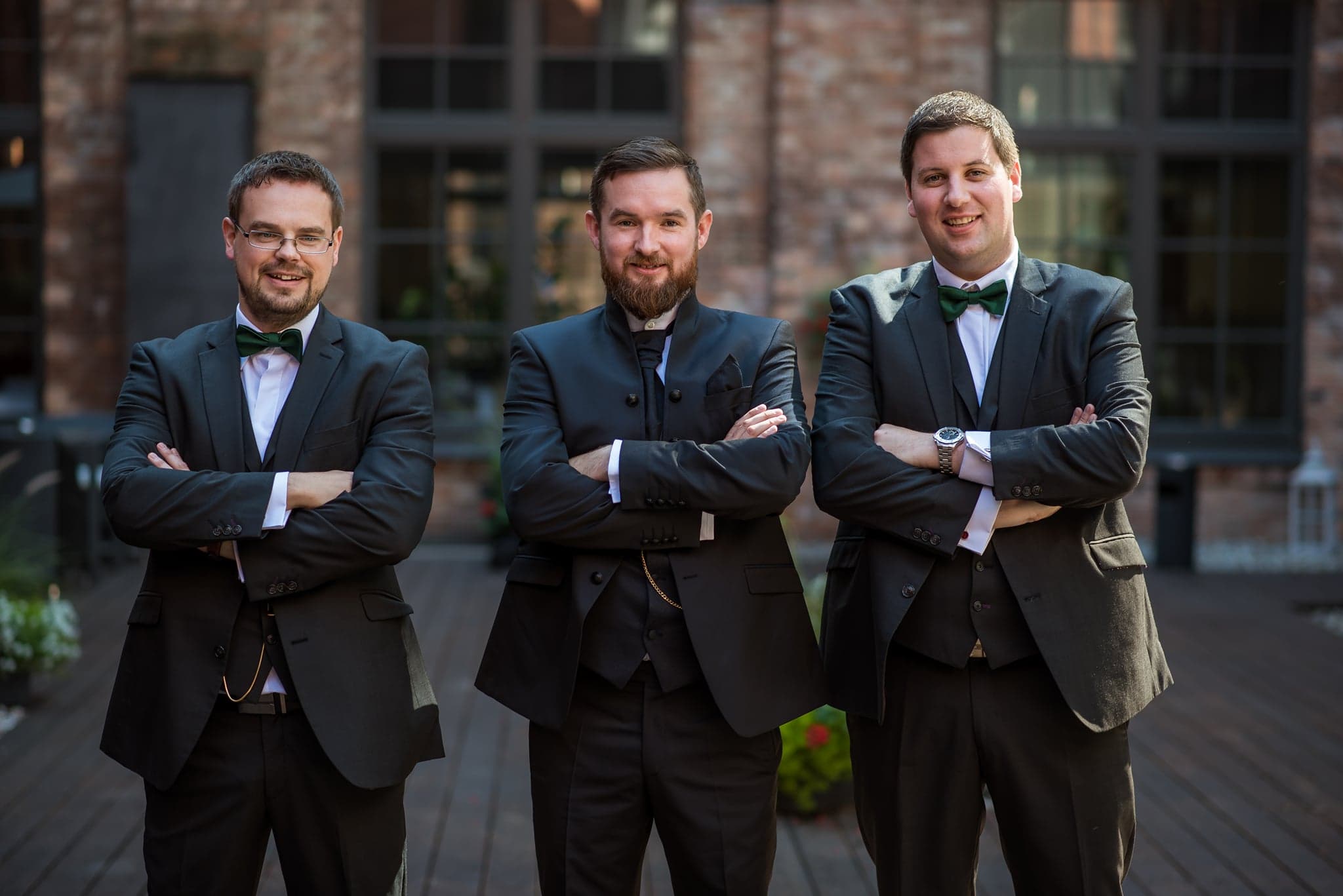 Wedding Suits-From Cork to The USA

From Cork to the USA with the wedding Suits When Tom got a call from Katy McGovern of Ohio in the United States asking him if he could supply her fiancee Joel with his wedding suit for their upcoming wedding he was happy to oblige.Our team often gets requests for suits from our American friends...

New Heineken add-Serge gets kitted out by Tom Murphys

We recently had the honour of being approached by one of Ireland’s leading costume designers Maeve Patterson about supplying Serge Besten with a retro style tweed suit for the shooting of the new Heineken add.After a visit to Cork Maeve and Tom went through a mood board and Tom gave her all sorts of suggestions...