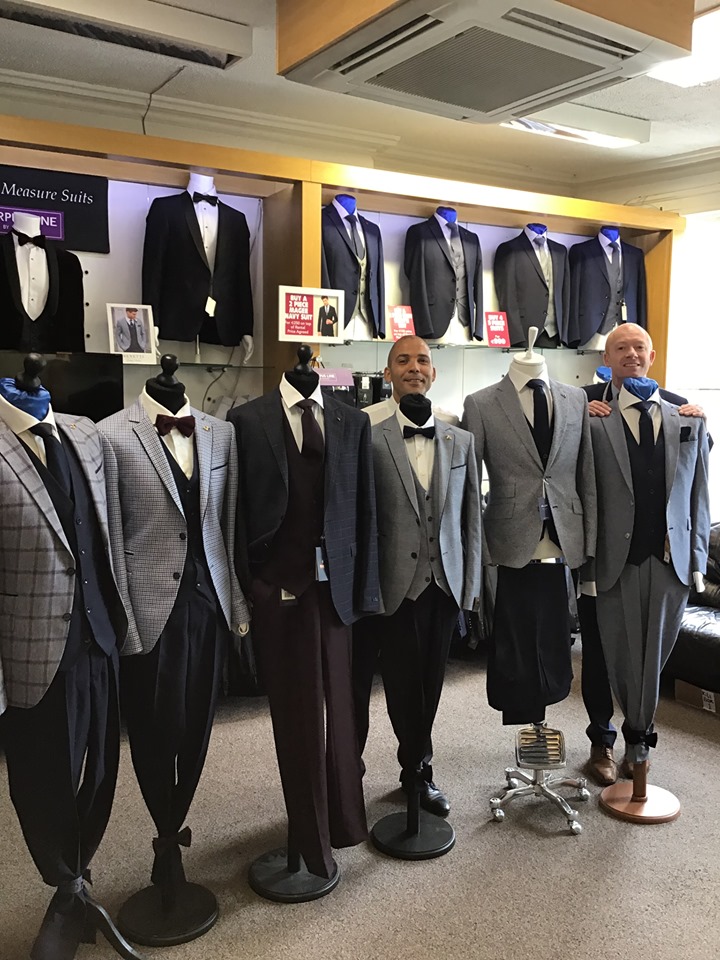 Tom and Alex showing the contrast collection at Tom Murphys

One of the most popular looks right now in grooms wear is the contrast jacket look.While popular in the 70s and 80s as a viable option to the full formality of a suit the look re-emerged in the early noughties.However it is the first time that it has become popular in wedding suits fashion and we thought it would be interesting to take a quick look at some things we noticed. There has been a definite movement away from a three piece suit for the groom although it is still very popular for the groomsmen.Over the last year or two three piece outfits were broken up with check,lambswool and tweed waistcoats but the trend has now evolved into the contrast jacket look.Navy and blue themes seem, to be the most popular although charcoal grey and burgundy make the occasional appearance too.The look can be a navy waistcoat,navy trousers and contrast jacket or it can be navy trousers with contrast jacket and matching contrast waistcoat.At Tom Murphys we believe in trying to offer a natural connection between the groom’s suit and the groomsmen.We can offer a lovely navy three piece suit for the groomsmen for hire or sale and we will make up the ties for the groomsmen in a check pattern that is the same as the groom’s coat.Thus there is a natural connection between the groom and the rest of the wedding party.Over the last few seasons there has been a tendency for the groom to move off in his own direction and not necessarily tie in with the others.We are definitely sensing a movement back towards the more coordinated approach and the contrast jacket theme lens itself very well to this approach.When Tom cut his teeth in the wedding suits industry first there was an ubiquitious but simple approach to getting the wedding party coordinated.The groom tended to wear ivory to match the bride inside his suit and the groomsmen wore ties in the colors of the bridesmaids.It is a slightly more nuanced approach now but the idea is the same-have everyone themed together but let the groom stand out a little and be at the forefront of the entourage,both physically and metaphorically!
So we are expecting to see an awful lot more of this look in the next season or two.Grooms wear and wedding suits fashion is always being reinvented and the community is quick to embrace a new trend and we feel this look is here to stay.
. 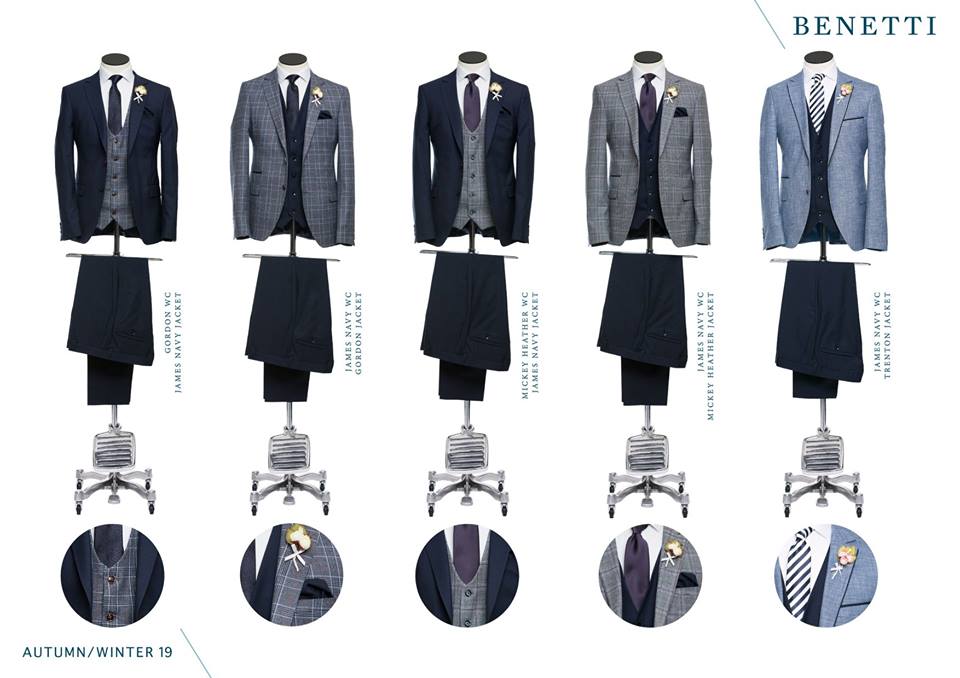 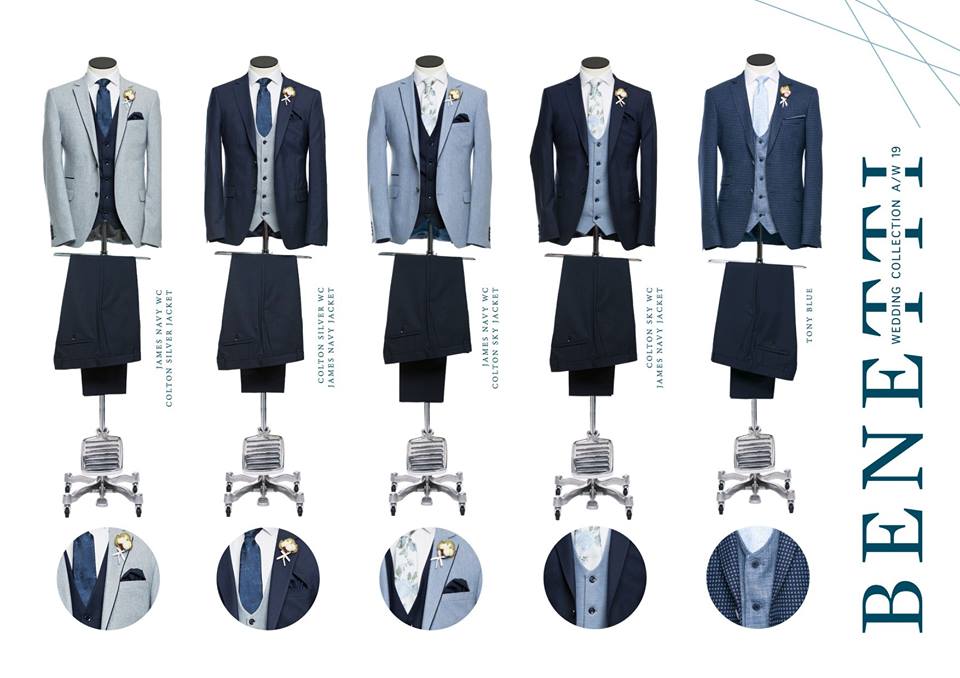 Kitting Out the Man behind the wand

The Man Behind the wand gets kitted out for his wedding Some kind words came from Oisin Ryan who is a well known blogger and wedding planner.Tom happened to see a few Instagram posts by Oisin of his wedding day and he recognized the suit he was wearing as being from the exclusive Prestige collection...

Sometimes it’s hard to believe that a small local business from Cork decks out people from all over the world in their wedding suits. But that is the reality of life in our iconic Patrick Street store. Suits are despatched regularly to all corners of the globe and we have seen a sizeable growth in...